With our European adventures coming to an end and a week to kill before heading to our next housesit in China. we took a look at the map and spontaneously booked a flight to Istanbul, Turkey just days before. Adding this new, random destination to our itinerary changed our “route” yet again, but with great excitement and delight at making travel plans to a new country on a whim.

Our detour to Istanbul turned out to be a fabulous decision as it remains one of our very favorite cities of all! From the minute we stepped outside of the airport to sunny, blue skies and felt the warm, spring-like air for the first time in over five months, I had a really good feeling about it. We stood in the parking lot waiting for our driver when one of the daily calls to prayer began. The song, emanating loudly from the speakers of every nearby mosque, was pleasantly warm and beautiful and became one of our favorite things during our time there.

Once the driver picked us up from the airport, we rode an hour to arrive at our hotel in the Old Town. Along the way, we were able to get a look at all three sides of the city that is divided by the Bosphorus River and the Black Sea. As we were driving alongside the water’s edge, we looked out the window and saw a dolphin swimming right next to the shore! Then a few more jumped out of the water until finally, we saw an entire family of dolphins jumping and swimming just feet away from our car.

After getting checked into our hotel we ventured out for dinner and found a traditional Turkish restaurant where we drank hot apple tea and had the most delicious food. The meal was slow-cooked in an enclosed clay pot, presented at our table over fire and finally cracked open and served. It was as entertaining as it was tasty. 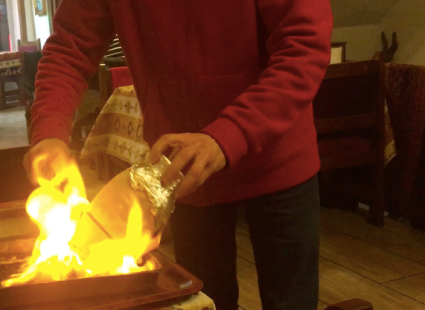 Walking along the streets, the first thing we noticed was the insane amount of cats. They were literally EVERYWHERE. Obviously, all of them being street cats, our concern and sadness began to overwhelm us as we stopped at every street corner to give a different one some love. It wasn’t until the next day after we had explored a bit more that we realized how Istanbul’s street cats are very much adored and well taken care of by the locals. We saw piles of cat food on doorsteps, sidewalks, in front of houses and restaurants. We saw policeman and shop owners stop to pet them as well as many tourists. Once we knew that Istanbul’s cats were happy and healthy, we could finally appreciate that we were in kitty heaven. 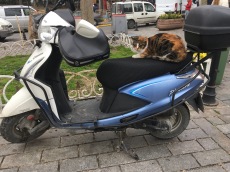 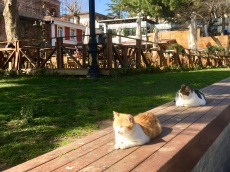 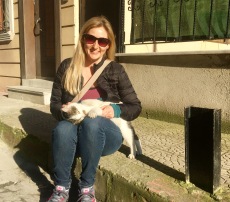 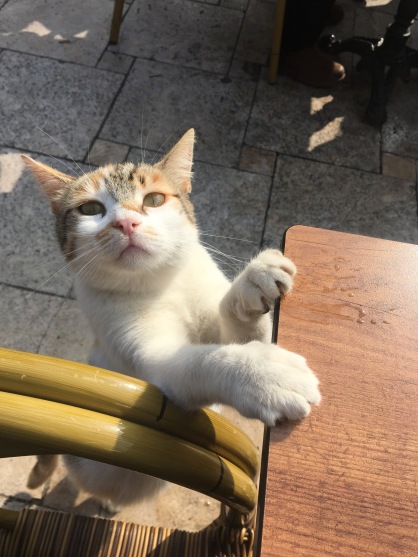 We spent one afternoon exploring the beautiful mosques in the Old Town, first visiting the Hagia Sophia, the ancient landmark built in 537 AD. It first served as a Greek Christian cathedral and later became a mosque for the Ottoman Empire. Interestingly enough, to this day there are still Christian saints represented on some of the walls even after it’s conversion to a mosque centuries ago. 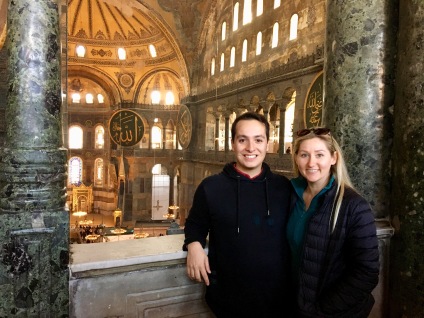 Next, we visited the historic Blue Mosque that still serves as a place of worship today. Visitors are allowed to enter outside of the times of prayer so after borrowing a hijab to cover my hair and taking off our shoes, we went in and marveled at the intricacies of its architecture. 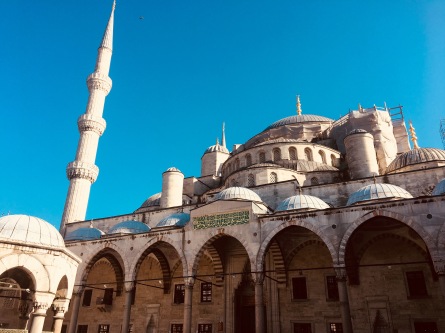 Walking the streets once more, we stumbled upon the outdoor terrace of a restaurant that overlooked both mosques, the city and the water all at once. So we stopped for coffee and dessert with the most magnificent view! 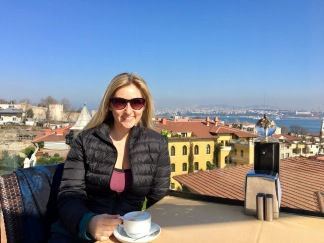 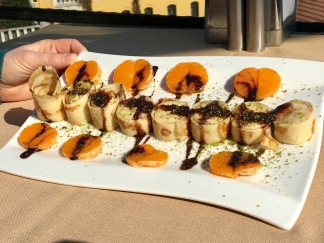 We finished our day with a visit to the Basilica Cistern, an underground chamber the size of a cathedral, capable of holding 80,000 cubic meters of water. We were a bit confused though because all of the photos we had seen of the cistern showed it with water and when we were there, there was none. Nonetheless, it was amazing to see this ancient wonder lying below the city’s streets and to see where the scene of Inferno was filmed, in person.

The following day, we took off early to cross the Galata Bridge on foot to reach the part of Istanbul that is considered the New Town. The long bridge crossing the river was filled with hundreds of fisherman, working on their catch of the day. When we reached the New Town, we visited the Galata Tower and went all the way to the top for a panoramic view of the entire city. 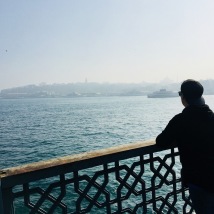 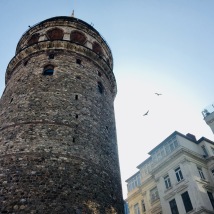 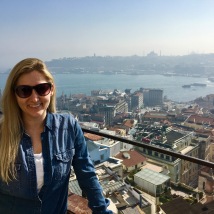 The rest of the day we spent meandering through the spice market, flooding our senses with the chaotic but pleasant mix of sights, sounds and smells. We finished with a long stroll through the Grand Bazaar, one of the oldest and largest markets in the world. With over 4,000 shops covering 61 streets, selling everything from expensive rugs and lamps, to fine jewelry and clothes, to cheap perfumes and trinkets and souvenirs, it was truly an experience in itself.

Throughout our three day visit in Istanbul, we became so shocked and curious about the hundreds of men that we saw on the streets with bloody scalps and wearing what looked like a black sweatband around their heads. At first, we thought that all these guys were getting head tattoos but after a bit of research, we learned that Istanbul has become the leading city in the world for surgical hair transplant operations. Apparently, it is much cheaper to have the procedure done in Turkey than other countries so men from around the world travel to have it done there. As someone with a weak stomach, I had a difficult time seeing the aftermath of these procedures everywhere I looked.

Another observation we made while in Turkey is that the people, in general, are extremely friendly. They smile, they greet you warmly and they are very sincere. Even when trying to sell you something, they are not pushy nor aggressive as we have found in many other countries. In restaurants, they are always willing to give you something complimentary. Free tea, free dessert, free appetizer. Every time we ate out, we were given something by the friendly servers (or owners) who came to our table for genuine conversation. 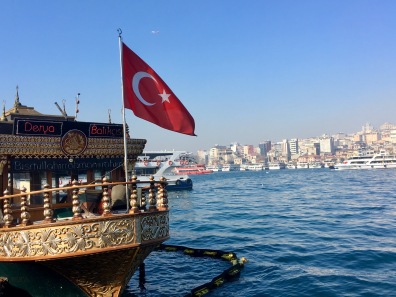 After our short (but sweet) visit, we conclude that we love Istanbul for many reasons: its beauty, its food, its history, its kitties. But most of all, we love Istanbul for its people and the way they made us feel when we were there. We will definitely be back one day.